Hello, my name is Nir and I build robots.

Sitting in traffic after a long day of building complex web applications in C# I had an idea: to add a magician’s hat and magic wand to my robot models. A totally sane and reasonable idea, right?

Well, OK. Not that sane. Actually I’m an adult with a family, who spends his nights designing and building robots. I bought a 3D printer to create a whole bunch of robotic critters: a robot with a real laser gun, a robot toilet paper holder, and now a magician robot. 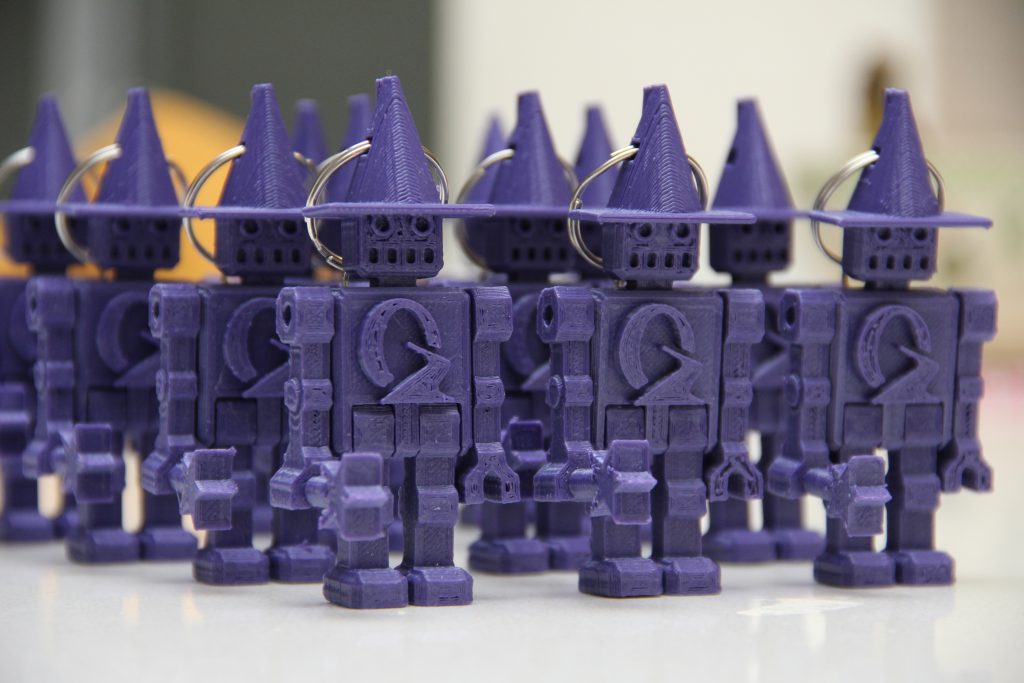 Making his hat was easier than I thought. Designing the wand was more complicated – getting the little star at the end to be printable without adding support material on top of the robot. Tricky. I couldn’t find any program to convert the OzCode logo to a 3D format, but fortunately the logo isn’t so complicated: I just recreated it in 3D.

The OzCode robot has moving arms and legs. He’s printed on one fully assembled piece of PLA bioplastic. That’s a biodegradable plastic from renewable sources. 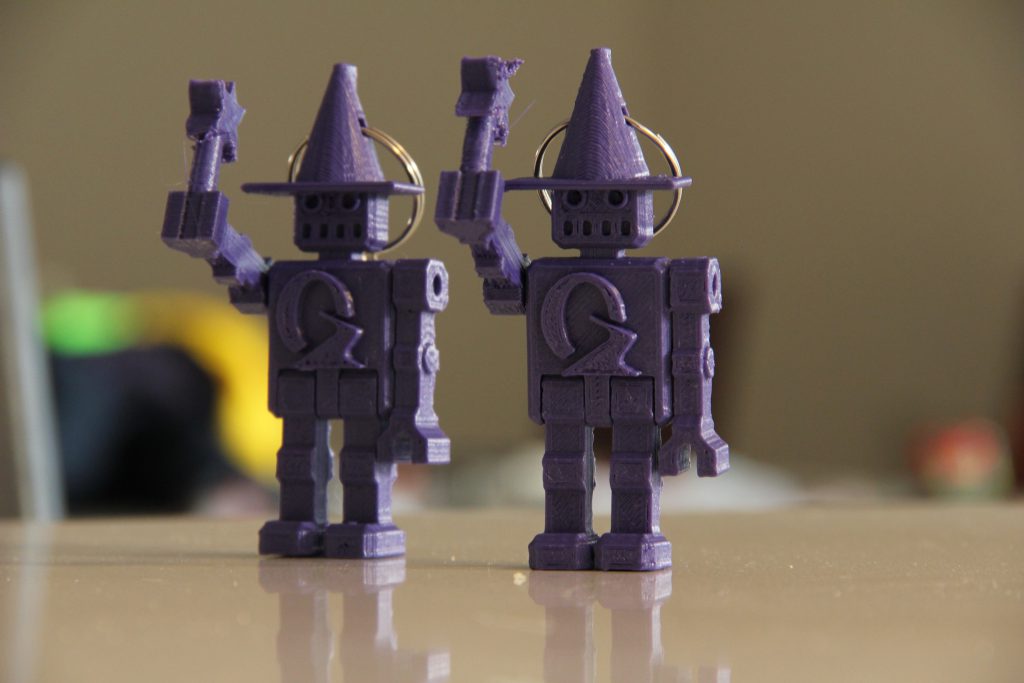 And so the OzCode robot was born.

To my surprise and delight, The OzCode team liked him. They asked me to make a few more of them for our friends and fans.

I should say: there aren’t a lot of robots. Each little guy takes an hour and twenty minutes to print, then has to be individually inspected and cleaned up (by me!) before being placed in a special robot shipping container (also known as a plastic bag) and delivered by hand to the OzCode marketing manager.

Unexpected Bonus: during our small ‘manufacturing run’ I gave my oldest son a robot who broke during printing. He discovered that – completely by accident – the mechanical hands are compatible with LEGO hands. Check out my son’s awesome LEGO staff. 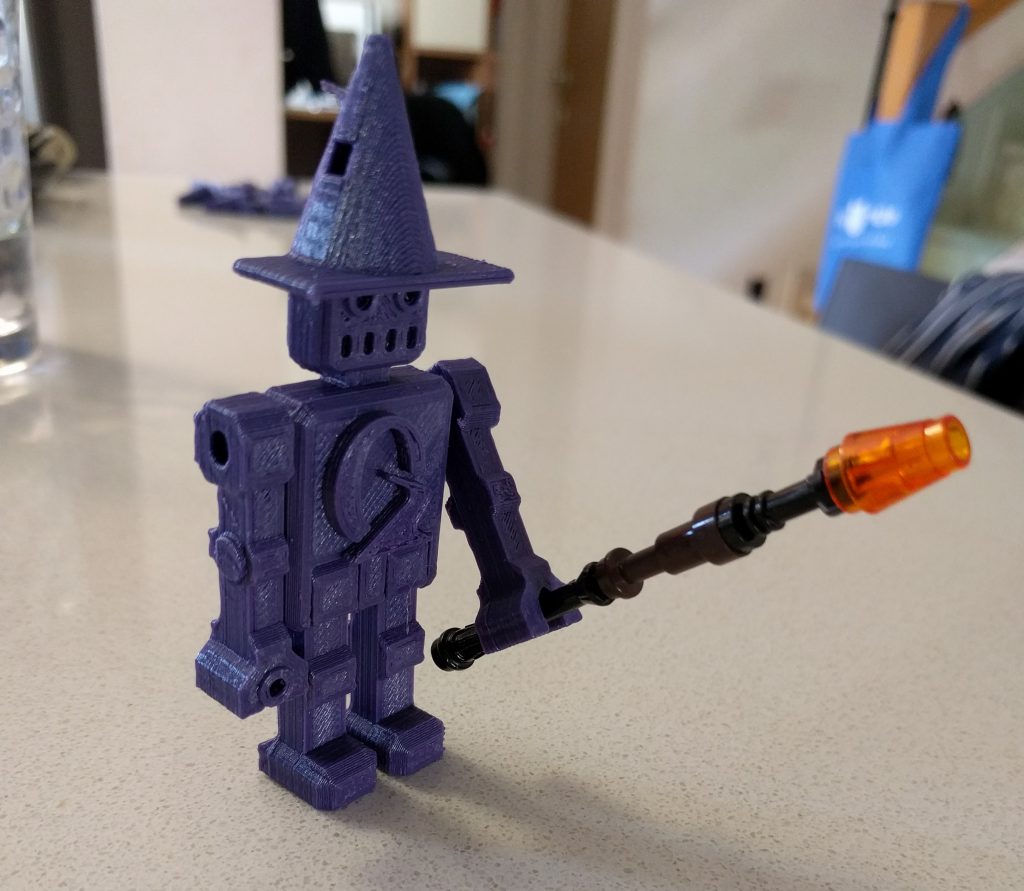 At that point I really had no choice. I had to redesign the feet to be LEGO compatible, too. 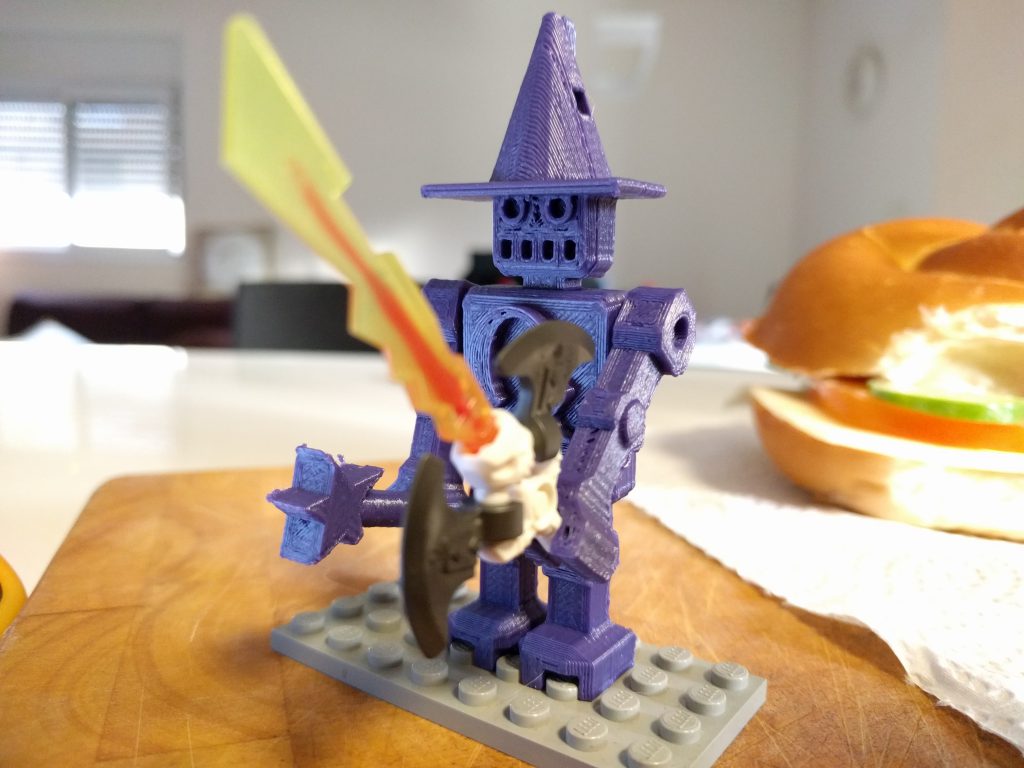 Watch the creating in action:

So, that’s it. The story of the OzCode magician robot.

And if you saw this Robot around, got it in an OzCode booth in one of the conventions or at a debugging .Net User Group swag give-away, now you know the story of the Robot Wizard of Oz! 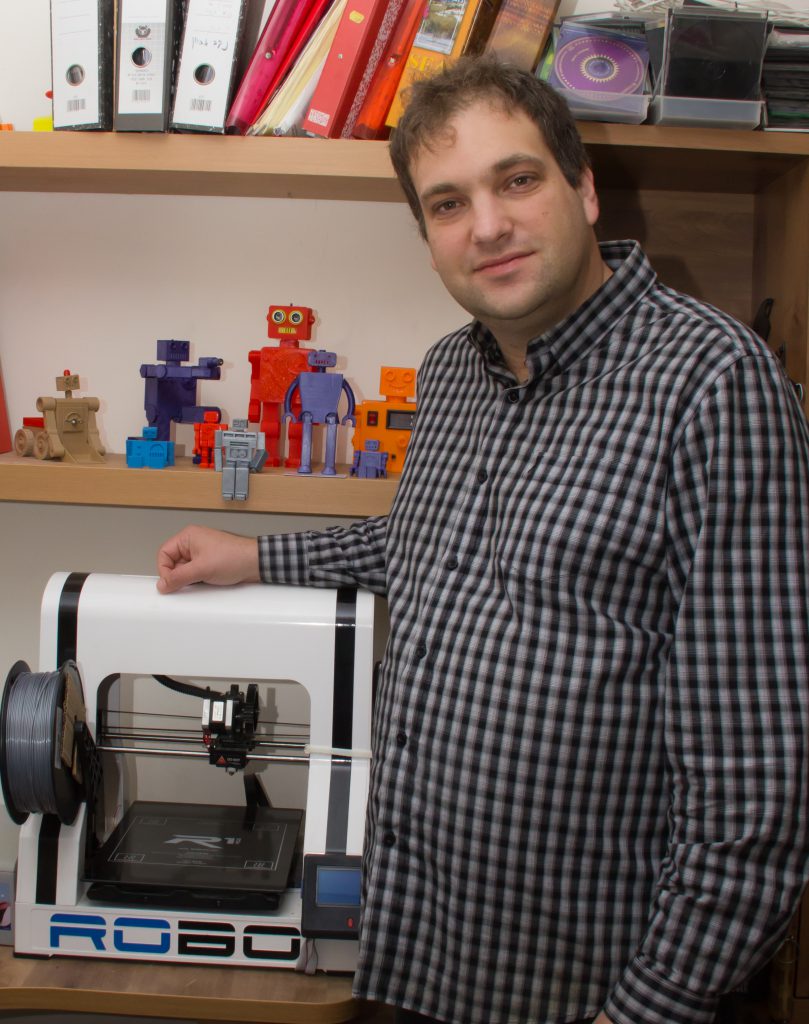